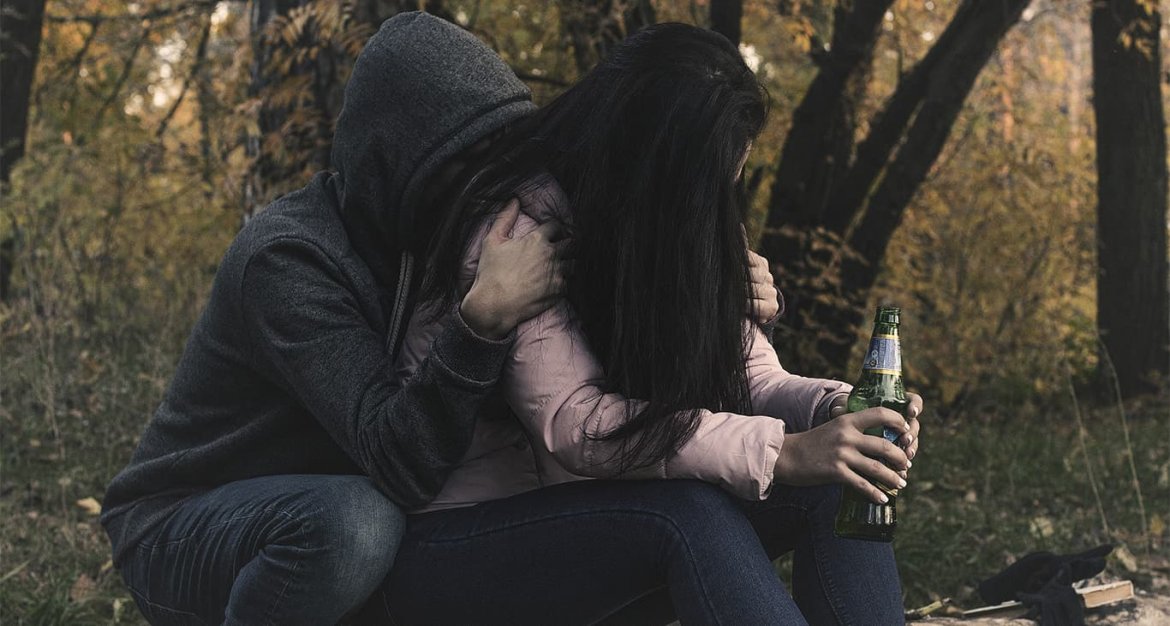 In recent years, researchers have begun to investigate the connection between mental  health and substance abuse. What they have uncovered is biological, neurobiological, and environmental links that make an individual more vulnerable to these conditions.

Approximately 50 percent of people with substance abuse disorders inherit their substance abuse issues from family genes. For mental health conditions, such as autism, Attention-Deficit Hyperactivity Disorder (ADHD), bipolar disorder, major depression, and schizophrenia, there is evidence of contributing genetic factors. Hence, these disorders are commonly passed down from generation to generation.

Scientists have discovered that both conditions share similar pre-existing neurobiological abnormalities as well. When chronic stress is added—whether from childhood or adolescent trauma, behaviors related to one or the other condition, or other sources—then the co-occurring condition manifests itself.

The Influence of Trauma

Events that occur in childhood can impact a person’s life for decades to come. Trauma is the emotional response to events that were particularly distressing or disturbing, whether they were experienced firsthand or only witnessed. Some examples of traumatic events include:

The impact of trauma in the brain shows changes in multiple areas, including functions in the limbic system, cortisol levels, and dysregulation involving neurotransmitters. In short, from a chemical standpoint, the brain experiences continued stress long after the event occurs. These changes can increase a person’s chances of developing a mental health condition or substance abuse problem. Therefore, trauma-informed care is a critical aspect when seeking treatment for mental health issues, substance abuse issues, or both.

Additionally, the trauma response can trigger symptoms of hyperarousal, which is like being in fight-or-flight mode constantly. Hyperarousal is one of the diagnostic criteria for Post-Traumatic Stress Disorder (PTSD), a condition in which the body repeatedly experiences trauma in the mind, even when the person is physically safe. Both trauma and PTSD create distress that can contribute to anxiety, depression, substance abuse, and other mental health conditions.

One of the most common co-occurring mental health issues is anxiety. While often dismissed as “worrying too much,” the symptoms of anxiety are physical as well as mental. They may include:

While there are diagnoses for different types of anxiety disorders, one form of anxiety that is well-known for its debilitating nature is panic disorder, which causes panic attacks. Panic attacks include increased heart rate, sweating, trembling or shaking, shortness of breath, and feeling out of control as well as an overwhelming sense of impending doom.

Due to the intense physical symptoms of anxiety, it is common for people to self-medicate with substances if they do not have appropriate treatment. Likewise, sustained substance use can lead to developing anxiety or an anxiety disorder.

While commonly dismissed as “feeling sad or down,” depression is far more serious and also carries with it many mental and physical symptoms, including:

These and other symptoms should not be ignored. Depression always carries the risk of suicide, and suicidal ideation can be acted on within hours of a significant change in mood. As with anxiety, those suffering from depression may attempt to self-medicate, while substance use has also been connected with the onset of depression.

Treatment for the Connection Between Mental Health and Substance Abuse

When it comes to the connection between mental health and substance abuse, the most pressing need is for integrated treatment for both issues. Ideally, treatment happens simultaneously at a facility that provides trauma-informed care. Therefore, teens can address the underlying mental health conditions and past experiences that are intextricably linked to their use of substances. The result is long-term healing and a thriving life.

Image by Лечение Наркомании from Pixabay