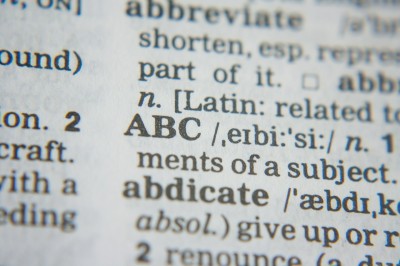 Stigmatization of mental health issues is a constant issue, and the language we use to describe mental illness can have a big impact on how we view it.

Terms that degrade and stigmatize mental illness create discrimination, fear and shame around the topic. They perpetuate the idea that mental illness is some rare and polarizing thing, when in reality it affects millions of Americans every year. This could lead to mentally ill people struggling with self-acceptance and being unwilling to seek treatment.

Here are a few of the words that we should steer clear of when discussing mental illness.

Using this term, or even worse, its more offensive synonym, implies that someone with a mental illness is somehow intellectually inferior. It disenfranchises the mentally ill by suggesting that they are mentally limited.

“Crazy” has become a casual utterance for something that is irregular or surprising, but when you apply it to a person, it becomes problematic. Calling someone crazy is saying that they are nonsensical. It delegitimizes whatever they do, say or feel and associates their feelings with something abnormal or wrong.

A mental illness doesn’t make a person less able to lead a full life. The term “disabled” is passive, implying that their illness is some tragic thing that happened to them that has rendered them powerless. It doesn’t give people dealing with mental illnesses any agency.

The word “mad” conjures up the whimsical image a mad scientist, or of Lewis Carroll’s Mad Hatter—strange, unpredictable, even dangerous. Using this word to label people with mental illnesses casts them in a negative light and has a dehumanizing effect.

“Disturbed” carries a dangerous connotation that someone is somehow twisted or “wrong” in the head. This could have an incredibly negative effect on how people with a mental illness perceive themselves.

What are you really saying when you call someone nuts? “Nut” is slang for head. To say someone is “nuts” or a “nut case” is to say they’ve lost their mind. This is another term that discredits the thinking, feeling human being who happens to have a mental illness

“Insane” is yet another word that reinforces prejudices against the mentally ill. It divides people into two camps: the sane and the insane. It’s a marginalizing term and shouldn’t be used when discussing mental health.

Diversity is a thing to be celebrated. Yet, when the word “different” is used in a mental health context, it’s often used pejoratively. Labelling someone with a mental illness as “different” is essentially saying that they are not normal, or that they are a deviation from some sort of default.

Some of the most stigmatizing language is the kind that people use everyday. It’s important to be aware of the weight our words carry and to pay attention to how we label people with mental health issues.