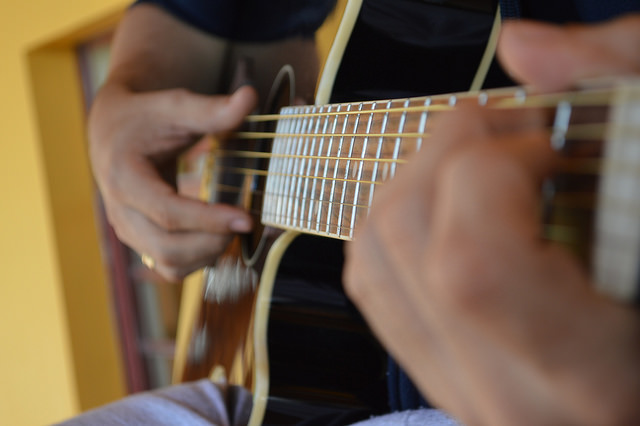 According to an article by CNN, music is a non-threatening way to communicate and interact with people, while also making them feel good by triggering the brain’s reward centre. Music is the universal way to express oneself, whether you’re listening to a new album, composing music, or rocking out with friends in your parent’s garage. With this self expression in mind, music therapy has been introduced as an alternative to traditional therapy which can be beneficial for patients who have declined other types of treatment in the past.

The goal of music therapy is to have the patient develop relationships and address issues through the use of music—creation, listening and discussion—rather than words alone. Music therapists work to assess the patient’s emotional well-being, physical health, social abilities, communication and cognitive skills through musical responses, according to the American Music Therapy Association.

Music therapy is being offered at more and more post-secondary institutions as a program of study, and former psychology students are going back to get their certification. Treatment centres and hospitals are starting to bring an increasing number of music therapists on as staff. Music therapy can be used to help a wide range of individuals—whether they have mild arthritis pain, depression or are undergoing chemotherapy. Regardless of the type of treatment a patient is receiving, studies show that music therapy shortens hospital stays and helps with a patient’s overall healing.

Music therapy is also being used in early intervention models to help homeless persons gain stability and overcome mental illnesses that are keeping them on the streets. Rappers and other popular music artists have joined in the trend as well, using their lyrics as a medium to transfer messages about the need for de-stigmatizing mental illness. Some musicians also say they use the song-writing and creating process to deal with their own mental health issues.