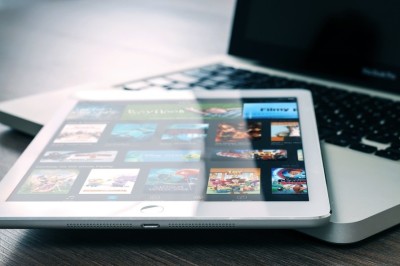 Lena Dunham, creator and star of the hit show Girls, says she drew from her own personal experience when her character Hannah gets a book deal that brings on her obsessive compulsive disorder. Girls follows Hannah as she works through her symptoms and eventually reaches out to her therapist for help, reminding viewers that mental illnesses don’t just get better overnight, but often require professional help.

Degrassi is a long-running show that has featured characters with many different mental illnesses over the years. Their characters have dealt with depression, eating disorders, bipolar disorder, self-harm and most recently, the suicide of a main character. What made this character’s story so important to viewers is that he was popular, athletic, had a girlfriend and got good grades; he didn’t fit the traditional TV stereotype of a depressed teenager, reminding viewers that mental illness can affect anyone.

The co-creator and star of Crazy Ex-Girlfriend, Rachel Bloom, uses her own experiences with anxiety, depression and obsessive thoughts when she writes scenes for the main character, Rebecca Bunch, who uproots her life because of an old love interest. Bloom has admitted that she used to feel shame about her mental illness when she was younger, but that by using her experiences for TV humor, she’s been able to help others who have been trying to cope with their conditions to feel less alone.

The Netflix series Bojack Horseman features an anthropomorphized horse as the title main character. Bojack is an actor who hit his prime 20 years ago and has since been struggling with depression and substance abuse due to his upbringing and feelings of worthlessness. In contrast to its bright colors and goofy gags, the animated comedy depicts the serious effects of mental illness and how isolating it can be for someone who hasn’t sought help.

Two of the four main characters on the comedy You’re the Worst have diagnosed mental illnesses; Gretchen has clinical depression, while Edgar, an Iraq War veteran, has PTSD. To ensure the stories and feelings of Gretchen and Edgar were realistic, the show’s writers spoke to real people living with depression and PTSD. As a result, You’re the Worst doesn’t sugarcoat the characters’ experiences, but instead portrays how mental illness not only takes a toll on the person suffering, but those around them as well.