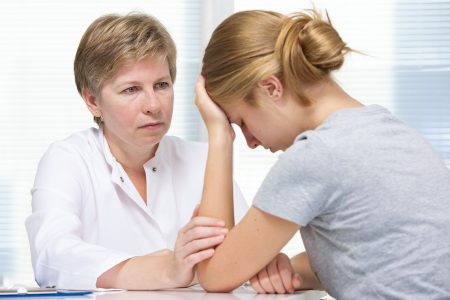 These days, teens seem to have lost their inhibitions as they post their drug and alcohol use, eating disorder upkeep, and suicidal thoughts. If you’re not keeping tabs on your children’s social media accounts, it could very well mean that complete strangers know more about what’s really going on with them than you do and that is a tragic state of affairs.

Drug & Alcohol Use in Living Color

According to the National Institute on Drug Abuse, the rate of marijuana use among teens was steady between 1996 and 2016. However, the recent and rapid rise in drug and alcohol related posts is likely to paint a different picture. What you learn from your adolescent’s social media profile can go a long way to determining if they need any sort of teen rehabilitation services before their rebellious ways get too far out of hand.

These sites regulate what they deem “inappropriate content” but don’t let this fool you. Your teen may not be allowed to post nude selfies, but they do get away with posting videos of themselves smoking marijuana, downing shots of hard alcohol and, in some cases, doing much worse.

Social pressure and athletic endeavors have a tendency to negatively impact the way a teenager views herself. Studies have shown that most teens experience the onset of eating disorders between the ages of 12 and 15 years old. You are your child’s first line of defense in fighting the social stigmas related to body type and weight.

Teens are subjected to host of tips, tricks, and photos related to diet and exercise. Celebrities post pics of themselves in barely-there costumes and this can have a real effect on what your child thinks of their own bodies. Not only that, fitness and diet related profiles encourage sometimes dangerous practices without reliable sources. Teenagers are unlikely to research the information they get from these from these posts and that can lead to deadly consequences.

In 2014, suicide was the second leading cause of death among those aged 10 to 24 years old, according to a study conducted by the Centers for Disease Control and Prevention. The study also concluded that for every completed suicide, there were 25 other attempts made by teenagers. Many of the disturbing thoughts and images are being posted on social media, and therefore, influencing and sometimes even encouraging others to feel the same.

Luckily, many social media outlets including Facebook, Twitter, and Instagram, have developed strategies for the reporting suicidal content and have begun finding ways to help the users that post this disturbing content. On the other hand, your child still has the opportunity to view the posts of others which can exacerbate his or her issues.

Have you looked into your teenager’s social media use recently? You may want to do just that and do it regularly. You may or may not understand Snapchat or Instagram, but chances are you child does and it’s up to you to protect them from the negative and dangerous influences of social media.