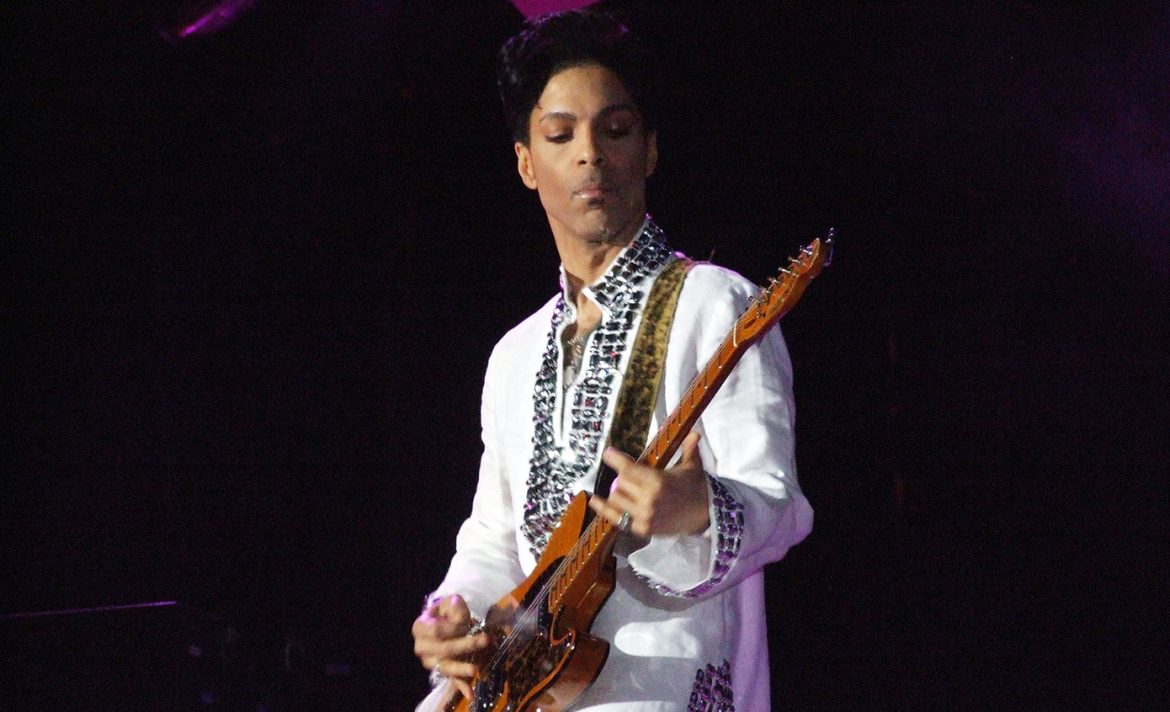 An accidental fentanyl overdose literally can happen to anyone, even a superstar like Prince. An entertainment icon of legendary proportions, Prince became another victim of the national opioid epidemic on April 21, 2016, when he died of a fentanyl overdose in an elevator in his home, known as Paisley Park, in Carver County, Minnesota. Fentanyl is a powerful prescription opioid which is used in surgery with other medications for anesthesia. This dangerous opioid has a rapid onset in order to be effective in the operating room. Such a rapid onset is often what leads to a fentanyl overdose. Regarding the singer, although a one-page autopsy report said that Prince Rogers Nelson died of an accidental fentanyl overdose, the report failed to answer many looming questions.

What happened to the famously “clean-living” singer, a vegan who did not allow musicians on tour with him to smoke pot or drink to excess? How did a born-again Jehovah’s Witness who went door-to-door preaching the Gospel become a victim of the deadly opioid epidemic in the form of fentanyl overdose? Indeed, how did such a mega-superstar Prince die from a lethal dose of fentanyl, alone in an elevator, at the age of 57?

After his death, many close friends insisted that they never saw Prince take pills, let alone abuse prescription medication. Prince was in need of a double hip replacement and the singer had undergone hip surgery in the past due to injuries caused by years of extreme splits while performing in frenetic concerts. Despite such a track record of injury, nobody in his inner circle seemed to know that Prince had a chronic pain problem.

Indeed, numerous professional associates and relatives claimed that such a death from a fentanyl overdose was unthinkable considering what they knew or thought they knew about Prince. Taking it to a whole other level of extreme secrecy, even his ex-wives and long-time girlfriends claimed not to know. They all insisted that they never witnessed Prince taking any drugs or popping a single prescription pill.

However, according to Alan Leeds, Prince’s former tour manager in the 1980s and later the president of the singer’s Paisley Park Records, “There wasn’t a tour we did where he wasn’t sometimes performing in pain. He was that kind of old school, the-show-must-go-on guy, so the idea of him medicating himself in order to perform isn’t strange to me.”

Did Prince’s lingering hip injury lead to a need for chronic pain relief? How long had Prince been dependent on opioids? Did he recognize any opioid addiction signs present? If he had been using prescription painkillers as prescribed for so many years, how had he descended into such extreme drug abuse that eventually led to his fentanyl overdose?

Such questions may never be answered because, under Minnesota law, the full autopsy report can be kept secret for up to 30 years unless the next of kin agree to release it. Given the huge court battles still shaping up over Prince’s estate, including his musical heritage, such a release might never happen within that time frame. Prince’s fentanyl overdose might remain a mystery.

Alex Hahn, a Boston lawyer who co-authored The Rise of Prince:1958-1988, explains how, “Contradictions and seeming inconsistencies are part and parcel of (Prince’s) whole story — nothing is simple or self-evident… With someone like Elvis Presley or Kurt Cobain or Amy Winehouse, there is an unambiguous picture of physical or psychological deterioration as part of substance abuse. Prince died of an overdose but he doesn’t have these other (signs) in common with them.” 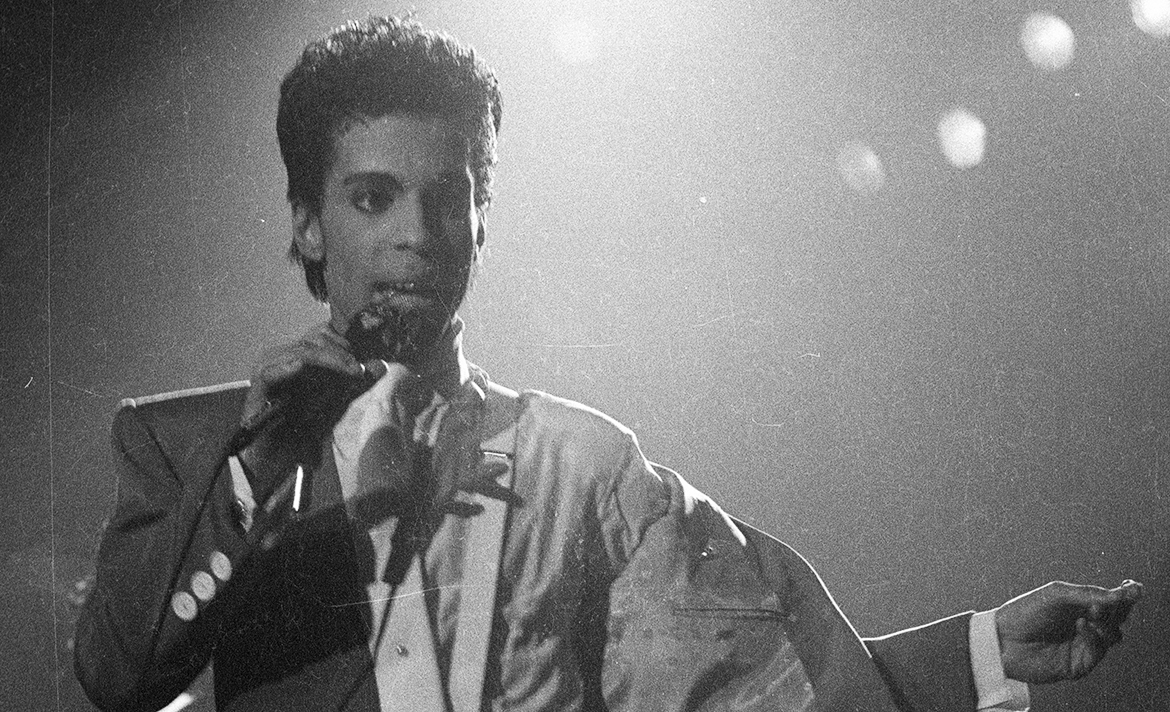 Alex Hahn does not believe that many of those questions will be answered, but he also can point to subtle opioid addiction signs that the actual abuse was long-term. Hahn explains, “There is some indication that his addiction went fairly far back, to the mid-1980s and into the late 1990s, but the evidence is ambiguous. It’s an incredibly murky picture. He was a very controlled and focused figure, he kept his cards close to the vest so that’s why we don’t know.”

The case of Prince’s fentanyl abuse and eventual overdose should be a wake-up call to parents of teenagers as well as the loved ones and families of people with substance use disorders nationwide. Like Prince, addicts keep their cards “close to the vest.” As such, in many cases, their addictive problems are far from obvious. Unlike the traditional images of the loud and rambling drug addict blowing up at family events or failing to show up when needed, many addicts manage to maintain an image of normality that hides the dangers of their addictive struggles.

Indeed, Prince was one of these addicts. Indeed, throughout the Paisley Park complex, including in the laundry room and Prince’s bedroom, controlled substances that “were not contained in typical prescription pill bottles but rather, were stored in various other containers such as vitamin bottles,” were found by investigators. The illegal prescription drugs were found during the criminal investigation of Prince’s fentanyl overdose and were later made public by the Carver County District Court in Minnesota. As a result, Prince’s long-term opioid abuse remains shrouded in mystery.

Deadly Fentanyl Overdose Not His First

Moreover, six days before his death, the musical superstar had suffered a medical emergency while flying back from a concert in a private plane. On a flight to Minnesota following a performance in Atlanta, Prince’s plane had to make an emergency landing near Chicago when the singer was found unresponsive. Prince protégé Judith Hill and the singer’s old friend Kirk Johnson were the only other passengers on that flight.

In the later investigation after his death, prescription medications were found in a suitcase with the name tag of Peter Bravestrong. Judith Hill later explained that Peter Bravestrong was an alias Prince would use while traveling. The medications found in the suitcase included acetaminophen/oxycodone hydrochloride, an opioid painkiller combination, as well as several benzodiazepines and tranquilizers.

Judith Hill recalls what happened on the plane when Prince overdosed the first time. Hill described the horror of the moment, “His eyes fixed,” just before Prince nodded off across a table from her on the flight. “We didn’t have anything on the plane to help him,” she stated.

Luckily at that time, the plane was able to land quickly in Chicago. Paramedics came on board and carried the singer into an ambulance. He was revived on the tarmac with a shot of Narcan, and his life was saved. Narcan is an opioid antagonist that is typically used to treat opioid overdoses. With a single shot of Narcan, all of the effects of the opioids in the body are immediately negated.

For many people, such a crisis in the form of an extreme fentanyl overdose would have been a wakeup call. However, this was not to be the case with Prince. Trying to spin the national story in his favor, Prince’s publicity machine claimed the singer had had a medical crisis due to an extreme case of the flu. In light of the severity of that year’s flu season, this explanation was accepted. 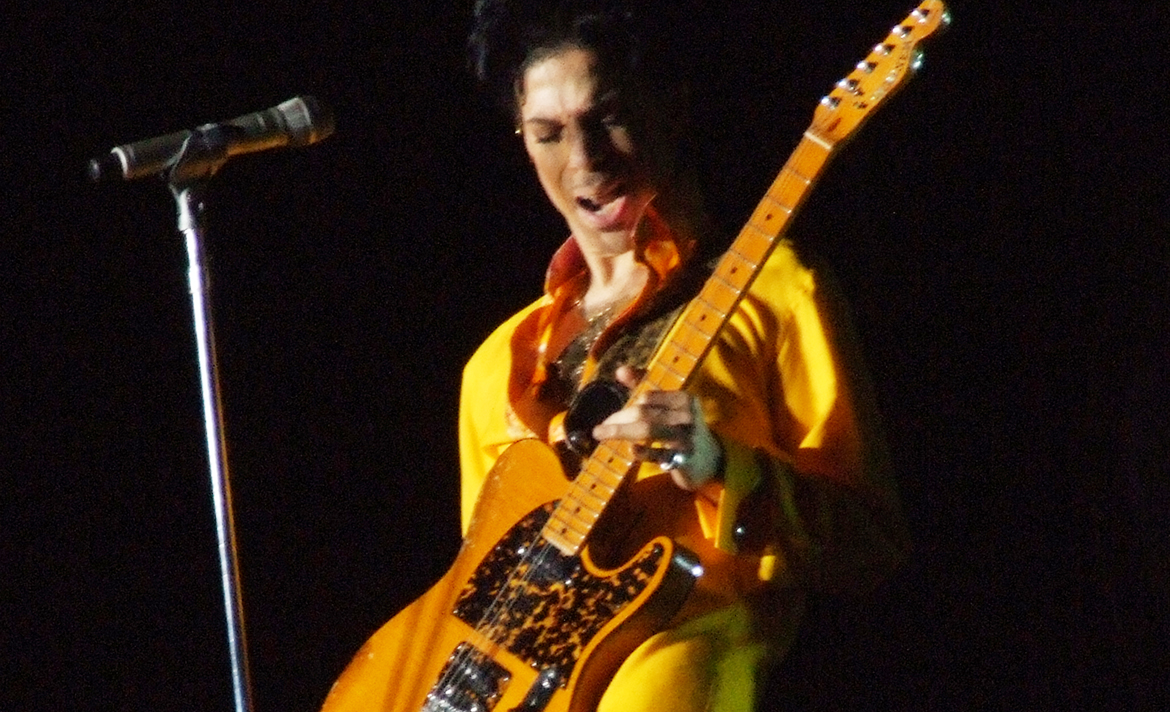 In reality, Prince was an intensely private star who chose to hide both his pain and his addiction to prescription drugs from even his inner circle. Even Judith Hill did not know about his physical pain or opioid abuse before the initial overdose. As she told The New York Times, “I only know what everyone knows about his pain — I read about it… (Prince) Never said anything, that this is hurting, never a sign of struggle. That’s why it’s all very shocking.”

At the time of the initial fentanyl overdose, Judith Hill decided that her mentor needed help and alerted Prince’s inner circle. Friends made the tough, but much-needed decision to reach out to an addiction specialist in California, Dr. Howard Kornfeld. On Kornfeld’s advice, Prince agreed to undergo a series of tests that were administered by a local Minnesota physician, Dr. Michael Schulenberg.

Dr. Schulenberg previously had been treating Prince for hip pain. On April 7, he had prescribed the singer three sedatives – clonidine, hydroxyzine pamoate and diazepam – and oxycodone in Kirk Johnson’s name to protect the singer’s privacy. Ironically enough in the darkest fashion, Dr. Schulenberg ended up arriving at Paisley Park with the test results only a few hours after Prince had been declared dead unbeknownst to the doctor.

Secrets Behind Prince’s Fentanyl Overdose May Never Be Revealed

Unlike many stars of his magnitude, Prince never had an extensive entourage when he wasn’t on tour. Although many people worked at the Paisley Park complex, and he had several people working directly under him, he did not use such personal assistants to manage his everyday business. Surprisingly autonomous, Prince often drove himself around and made his own appointments. Such habits were a dual reflection of both his intensely private nature as well as the obvious signs of a drug addict keeping a terrible secret from the rest of the world.

As one of the top investigators on the case, Deputy Jason Kamerud of the Carver County Sheriff’s Office warns that expectations need to be kept low moving forward. Deputy Kamerud explains, “If we really want to be accurate and get it right, I think you have to pump the brakes. Some investigations are like 50-piece puzzles, some are like a 10,000-piece puzzle. This one is the latter.” In other words, given such complexity, the chance of finding answers to all the questions lingering about why Prince took a lethal dose of fentanyl is slim to none.

Ultimately, the life of Prince and the pop star’s sad demise must be a wakeup call not only to fans but to people across the nation to pay attention to opioid addiction signs. In the harsh glare of the opioid epidemic when fentanyl overdoses are becoming all too common, your eyes need to be wide open. Trying to hide their addictions, many drug addicts are ultra-private and highly secretive. Like Prince, they will obscure and deny to the very end. Hopefully, if you take preventive action or decide to intervene when necessary, the fentanyl overdose can be replaced with a hopeful path of sustainable recovery.