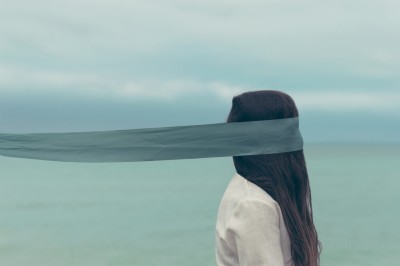 If your teen is pushing you away, chances are it has little to do with anything that has happened between you two and everything to do with their own teenage anxieties and self-doubt.

As your teen develops, it’s natural for them to want to try handling things on their own. If your teen seems closed-off (or won’t speak to you at all) it could be that they’ve had experiences or feelings that they don’t feel comfortable sharing. Here are a few reasons why your teen could be shutting you out.

Being a teenager can be painfully awkward. Your teen could be too embarrassed to talk to you about what’s really on their mind; maybe they failed a test or are starting to crush on one of their friends. Maybe they think they have too much body hair or too little. Letting your kid know that nothing they say can surprise you and even sharing your own embarrassing teenage anecdotes can help make them feel comfortable about opening up.

If your teen is being evasive, it could be that they’ve done something they don’t want to talk to you about. If they got into trouble at a party where they were drinking, they could be too ashamed to ask for your help. Make sure it’s clear that their well-being is your first priority and that nothing they do is going to change how much you love them.

Be extra attentive to whether or not your teen is exhibiting signs of having suffered trauma. If something serious has happened to traumatize your teen, like physical or emotional abuse, they may feel too vulnerable to talk about it. They’re also probably struggling to come to terms with what has happened to them. Be calm and comforting. Ask them if there’s anything they’d like to share. If they don’t want to talk to you about it, ask them if they’d like to talk to someone else: a trusted adult or counsellor.

It’s hard to admit you need help, even as a mature adult. A teen who is struggling physically or academically or is having a hard time making friends will probably not be eager to admit to what they see as a shortcoming. What they might not always remember, and you may need to remind them of, is that growing up is about making mistakes and learning, and no one can do it alone.

Teens want to be able to deal with things on their own and to be confident in their own abilities. If you’re getting radio silence from your teen, it could just be a bid for more freedom. Let them have their space, but tell them you’ll be there the moment they decide they want to talk.

Nobody faved their tweet. Their best friend bought the same prom dress. Their phone is two versions old. It could be that your teen honestly thinks you can’t help because you don’t understand. It could seem strange or difficult to try to explain to you the intricacies of why something is bothering them. Even if you don’t entirely “get it”, just letting them vent is already helpful, and you might surprise them with a great piece of advice!

Whatever’s on your teenager’s mind, try not to take it personally if they aren’t immediately ready to pour their hearts out. Be there to support them and lend an ear when they need you.