Amy Winehouse suffered from the co-occurring disorders of alcohol abuse and bulimia nervosa. Thus, her death as a result of the deadly combination of these occurring disorders was not surprising. Still, as one of the great singers of her generation, the death of Amy Winehouse (14 September 1983 – 23 July 2011) to alcohol toxicity caused by signs of alcohol poisoning remains a tragic loss.

Given how Winehouse’s death was caused by a combination of co-occurring disorders that ranged from alcoholism and substance use disorder to bulimia nervosa and other eating disorders, this loss should be a wake-up call for both parents and teens. If treatment is not accessed, co-occurring disorders will aggravate each other, leading to a catch-22 of deterioration and destruction. When Amy Winehouse died, there were definite signs of alcohol poisoning. Given the bulimia symptoms and a lack of food, her extreme consumption of alcohol was bound to have deadly consequences.

As the different challenges presented by co-occurring disorders worsen, the difficulties speed up and intensify. Soon a snowball rolling down the hill becomes a deadly avalanche that cannot be avoided. Drinking to the point of extremity overcomes a food deprived body, suffering from bulimia symptoms, leading to a death that had all the obvious signs of alcohol poisoning.

Amy Winehouse had just relapsed after three difficult weeks of sobriety, doing it on her own with tightly clenched fists. She was battling her vices in solitude. Sadly consistent with the majority of relapses, both disorders – the bulimia nervosa and the alcohol abuse – resurfaced with the force of a tidal wave that ended up killing her. Small traces of Librium, used to treat alcohol withdrawal, were found in her blood by the coroner, but no illegal drugs. In other words, she still wanted to get sober, but her co-occurring disorders had her trapped in a deadly cycle.

The signs of alcohol poisoning were on the table when the hospital coroner Dr. Shirley Radcliffe revealed that the young star was more than five times the legal drink limit when she died. Given that the legal driving limit in Great Britain is 80mg, and she had over 400mg when her blood alcohol content was tested post-mortem, the signs of alcohol poisoning were obvious. Winehouse disastrously drank herself to death by generating an alcohol toxicity in her body that almost nobody could survive.

Indeed, the post-mortem examination further showed that she probably suffered a respiratory arrest. There was no other result but a fatal outcome for an ultra-thin person suffering from bulimia nervosa with signs of alcohol poisoning. Her poor health and appalling end were also caused by a lack of nutrition due to eating disorders and extended alcohol abuse. When you combine alcohol abuse with poor nutrition, it is not surprising when signs of alcohol poisoning are the direct result.

In the inquest about her death, Dr. Radcliffe explained that the star died from “death by misadventure” due to “alcohol toxicity”. She added that it was “a level of alcohol commonly associated with fatality.” She also noted that “two empty vodka bottles were on the floor” beside the bed where Amy Winehouse’s body was found. As opposed to self-destruction, misadventure is such a polite British way of describing the signs of alcohol poisoning combined with bulimia symptoms. Indeed, a storm of disorders led to an ugly end to a poignant life that had touched so many.

During her final days, Amy Winehouse experienced a horrific struggle between her co-occurring disorders, compelled to drink excessively while hopelessly trapped by untreated bulimia nervosa that catapulted her into destructive cycles of binging and purging. Binging and purging are the most common bulimia symptoms. When caught in a binge-purge cycle where food is vomited up, people suffering from bulimia nervosa often replace the calories and dull the lingering pain through excessive drinking.

Indeed, binging on alcohol replaces binging on food. Such extreme alcohol use also drowns out the viciously negative voices in a sick person’s head — with many long-term costs. This deadly “replacement” logic fueled by abuse seems to have added up to a grisly end for Amy Winehouse. Without protein and carbohydrates in the body when a person in poor health drinks excessively, signs of alcohol poisoning are sure to arise. 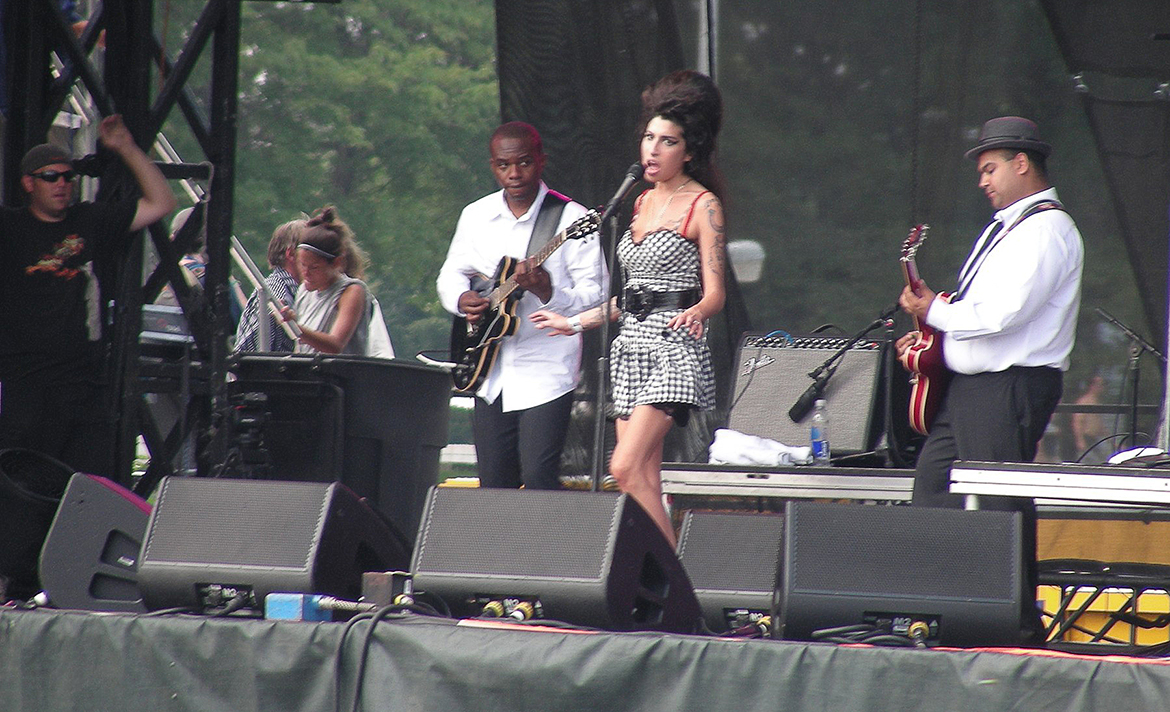 In the case of Amy Winehouse and this storm of co-occurring disorders, her tragic ending can be heeded as a real warning sign for teenagers and their parents. Mental health challenges, alcohol abuse, illegal drug use, and eating disorders need to be addressed without hesitation. Amy Winehouse had a long history where one disorder fueled another, generating such chaos within that the singer could not imagine any external treatment option.

Indeed, Amy Winehouse was resistant to treatment for both her alcohol abuse and her bulimia nervosa. When bulimia symptoms become apparent and alcohol is being used as a food replacement, parents need to raise the alarm. The dangers are too extreme to be ignored. For someone who was clearly ailing, Amy Winehouse had refused help time and time again. Don’t let your child walk the same dark path.

Although the singer’s general practitioner Dr. Christina Romete claimed that Amy Winehouse wanted to live, the doctor also highlighted how during her battle with alcohol toxicity and bulimia, “She was genuinely unwilling to follow the advice of doctors, being someone who wanted to do things her own way.”

Despite her struggles with eating disorders and the obvious bulimia symptoms that made her physically ill, Amy Winehouse would not accept treatment. Moreover, she continued to abuse alcohol and drugs, leaving rehab early with little or no lasting effect each time she went. Given such an ingrained resistance to being helped, despite attending rehab multiple times, treatment never worked for Amy Winehouse. Such a sad outcome to co-occurring disorders does not have to happen to you or someone you care about. Indeed, help is available if you take the first step.

Why was Amy Winehouse so resistant to receiving the help that she needed? Why did she allow her bulimia symptoms to go untreated to the point where the signs of alcohol poisoning became almost fated? Recovery begins with willingness, and many factors went into the singer’s lack of it.

A major factor was her extreme fame. In Great Britain, Amy Winehouse was in the cross-hairs of the paparazzi with headlines splashed in the tabloids about her excessive drinking and the physical consequences of her eating disorders. Given such negative and overwhelming attention, the desire of Amy Winehouse to withdraw into her own world is not surprising, even if that world was highly toxic and hopelessly diseased. 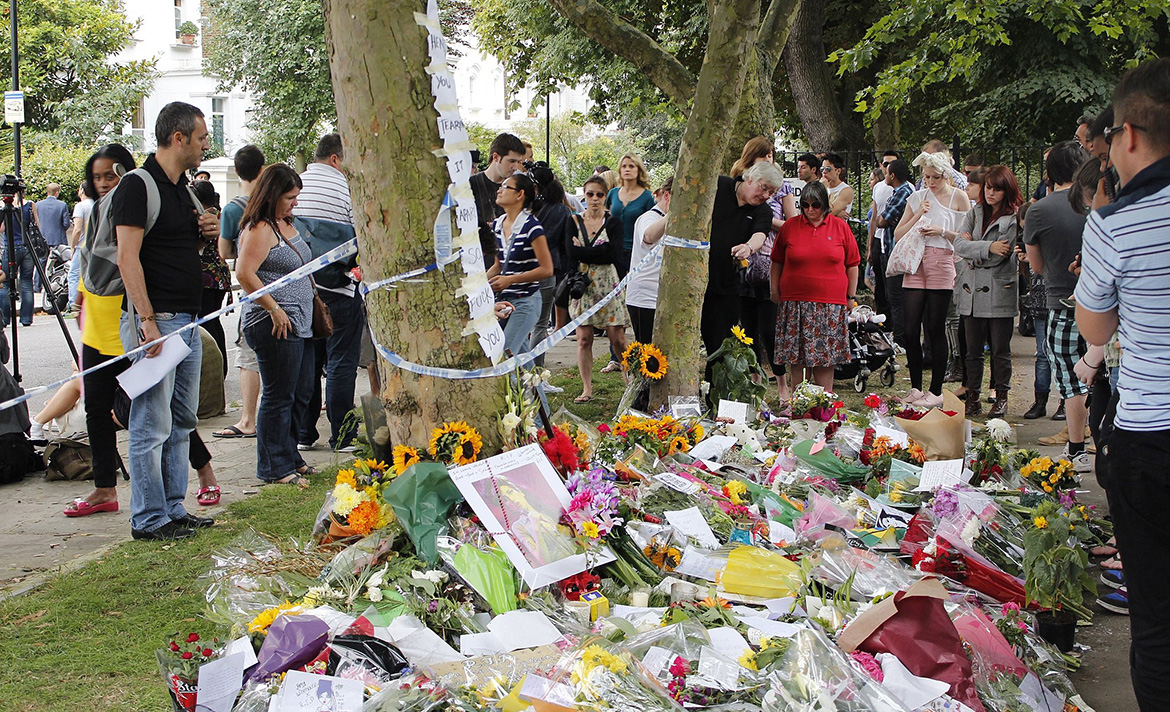 Combined with her desire to withdraw, Amy Winehouse also had a real desire to fight. Combative by nature, she reacted to the paparazzi’s taunts with curses and a “I couldn’t care less” attitude. Such bravado revealed the courage that was behind her incredible artistry. Such courage made Amy Winehouse mistakenly believe she could overcome her co-occurring disorders on her own. Like any powerful attribute, her natural instinct for being brave could cut in both directions, not only fighting off the negative forces, but cutting off the positive ones as well. Amy Winehouse brushed off those people trying to help her and blindly headed down a dark path where the signs of alcohol poisoning seemed destined. After all, in the end, this beautiful young lady drank herself to death.

Amy’s mother Janis Winehouse provided insight into the tragedy of her daughter’s death, saying, “Amy didn’t like to talk about her addiction, but it was there for all the world to see. To everyone else, it was Amy Winehouse, but all I could think was: ‘That’s my baby.’ She used to say to me, whenever there was something about her in the papers, “Look, Mum, I’m still here! They said this and that, but look, I’m still here!” Indeed, people suffering from co-occurring disorders often become entrenched in denial.

Teens Should Get the Help for Co-Occurring Disorders

In the end, at the very tender age of 27-years-old, Amy Winehouse was gone. The signs of alcohol poisoning became death by misadventure. If her death is to have any real meaning and lasting impact, teens and their parents must realize that such a tragic outcome can happen to them as well. Amy Winehouse’s boldness and refusal to be treated for her co-occurring disorders led directly to her death. Whether it was the fame that fueled her ego or just a broken young woman overcome by so many co-occurring disorders, Amy Winehouse was a victim in the end to alcohol abuse and bulimia nervosa. Her body simply was too weak and compromised to survive—and she died.

Please do not let what happened to Amy Winehouse become the tragic fate of anyone close to you. It is imperative to take action before it’s too late and learn about teen bulimia treatment options as well as the risks that come with eating disorders and alcohol toxicity. Take the lesson learned from the tragedy of this young woman’s life lost. When co-occurring disorders are left unchecked, the result can be tragic.