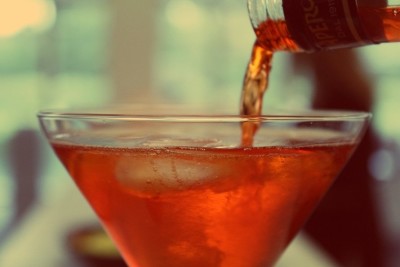 Approximately half of all Americans aged 12 to 20 have tried alcohol. Although many teenagers think that no real harm can come from drinking, alcohol poisoning is an extremely dangerous and sometimes deadly consequence from drinking too much alcohol. Below are 6 common symptoms of alcohol poisoning to watch for if you’re worried your friend or teen may have overdone it.

Vomiting often occurs once the body has realized that there is too much alcohol in its system. This is the body’s way of trying to rid itself of the alcohol that has been consumed. If you notice someone vomiting after too much alcohol, try to keep them sitting up to prevent them from choking on their vomit.

When a large amount of alcohol enters the bloodstream it depresses the brain, which can result in confusion and mental fogginess. If someone seems disoriented after drinking, it could be a sign that they are experiencing alcohol poisoning.

If someone is lying down but cannot be awakened after you call their name loudly or pinch their cheek or earlobe then it means the alcohol has rendered them unconscious. Immediately turn them on their sides so that they can breathe easier and won’t choke on their vomit. Unconscious people should never be left alone.

Some people experience seizures after a night of heavy drinking. Seizures are often caused by the state of alcohol withdrawal rather than by the alcohol itself.

If someone’s skin is clammy or cold to the touch and appears to be discolored it is usually an indication that the alcohol has depressed the body’s system to the point where the body isn’t getting enough oxygen.

If you’re worried about your teen or a friend who has been drinking but are not sure if they are drunk enough to warrant medical attention, always play it safe and call 911. Stay with the person until they are being treated and make sure you tell the doctors or EMTs what you observed over the course of the night.

You may be worried that you or your loved one could get in trouble, especially if one or both of you are underage. However, the consequences of leaving someone with alcohol poisoning untreated can be far more serious than any legal consequences.