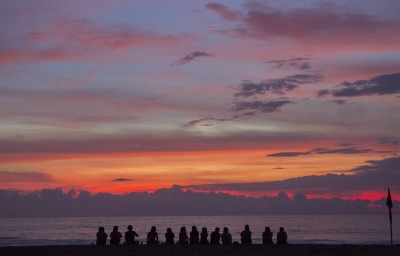 Established in 1951, Al-Anon is a well-known organization based off of the foundation of Alcoholics Anonymous. The major difference between the two non-profit services is that Al-Anon aims to help family members and friends of those struggling with alcoholism. Here are some facts about what Al-Anon does, who they help and why so many people find the organization helpful.

Al-Anon Has a Special Group Just for Teens

Alateen is very similar to Al-Anon, but it’s specifically designed for preteens and teenagers who are affected by a family member or friend’s drinking. Adult members of Al-Anon act as Alateen Group Sponsors and help teens stay focused in the program.

Al-Anon is Not Associated With Any Religion, Institution or Political Party

Although spirituality plays an important role in the Al-Anon literature, Al-Anon is not associated with any sort of institution, religion or political belief. Instead, Al-Anon encourages their members to find their own method of spiritual growth that works for their personal beliefs.

There are many different theories when it comes to alcoholism, including whether or not it should be considered an illness. However, the official Al-Anon stance is that alcoholism is a family disease and that changed attitudes can assist in recovery.

Al-Anon is a truly global organization. There are over 24,000 Al-Anon groups and nearly 1,800 Alateen groups in 131 countries. All of these groups are funded by private donations as Al-Anon doesn’t charge membership dues or take any money from outside funds, grants or donations.

Al-Anon is Based on Anonymity

Al-Anon and Alateen are all anonymous organizations that protect the identity of their members. The confidentiality of Al-Anon allows participants to feel safe enough to open up about the problems they struggle with.

A 2015 survey conducted by Al-Anon found that 76% of Al-Anon members reported a significant improvement in their mental health and well-being due to Al-Anon.

Al-Anon and Alateen Has Members from Many Different Backgrounds

According to Al-Anon’s survey, approximately 87% of members are from the U.S., Bermuda and Puerto Rico while 13% are from Canada. For American members, 93% are white, 83% are female, and 61% are married. Among the parents, 12% have children under the age of 18 living with them while 15% have children over the age of 18 who live at home.