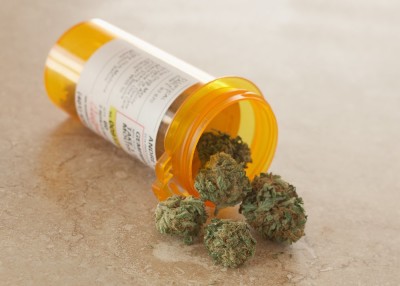 While the use, possession, sale, cultivation and transportation of cannabis is federally illegal in the U.S., individual states are allowed to pass laws decriminalizing the drug for recreational or medical use. As a result, many states have legalized cannabis to some degree. But what does this mean for your teen? Here’s what you need to know about the changing perceptions of marijuana across the country.

One of the ways that marijuana is becoming increasingly legal is through medical use. Cannabis contains chemicals that can be useful in reducing chronic pain; users might prefer this “natural” drug to a manufactured prescription.

However, the health risks associated with marijuana use still apply: the smoke can be harmful to a user’s lungs, memory and mental function can be affected and respiratory issues such as bronchitis remain a possibility. In other words, medical marijuana—just like many other medications—has side effects that range in intensity depending on frequency and amount of use.

While studies show that teen marijuana use has not increased as a result of legalized medical marijuana, it’s still important to educate your teen about the risks of using cannabis, such as in a recreational context.

In some states, marijuana has been legalized not just for medical use, but for recreational use as well. This has led to a growing industry. However, marijuana’s availability in stores doesn’t necessarily mean that it’s safe to use. There are still considerations that your teen should keep in mind.

For example, in Colorado, the legal age requirement to purchase marijuana is 21 years. As the lines between legal and illegal use might seem confusing or convoluted during these changes, warn your teens against people selling “legal” marijuana on the streets—what they’re selling may not be real marijuana or may be a tainted form.

Of course, if recreational marijuana use is legal in your state, your teen will have access to the drug when they turn 21. Therefore, it’s important to be open and honest about cannabis use, rather than shying away from the topic.

Everyone holds their own opinions on whether or not marijuana should be legalized, so let your teen know where you stand on this issue and explain why. Be open to their opinions and those of others when it comes to legalization—examine both sides of the argument together.

Ultimately, it’s crucial that you explain to your teen the risks and responsibilities associated with marijuana use. Understanding the side effects and legal issues will help your teen make informed decisions of their own.