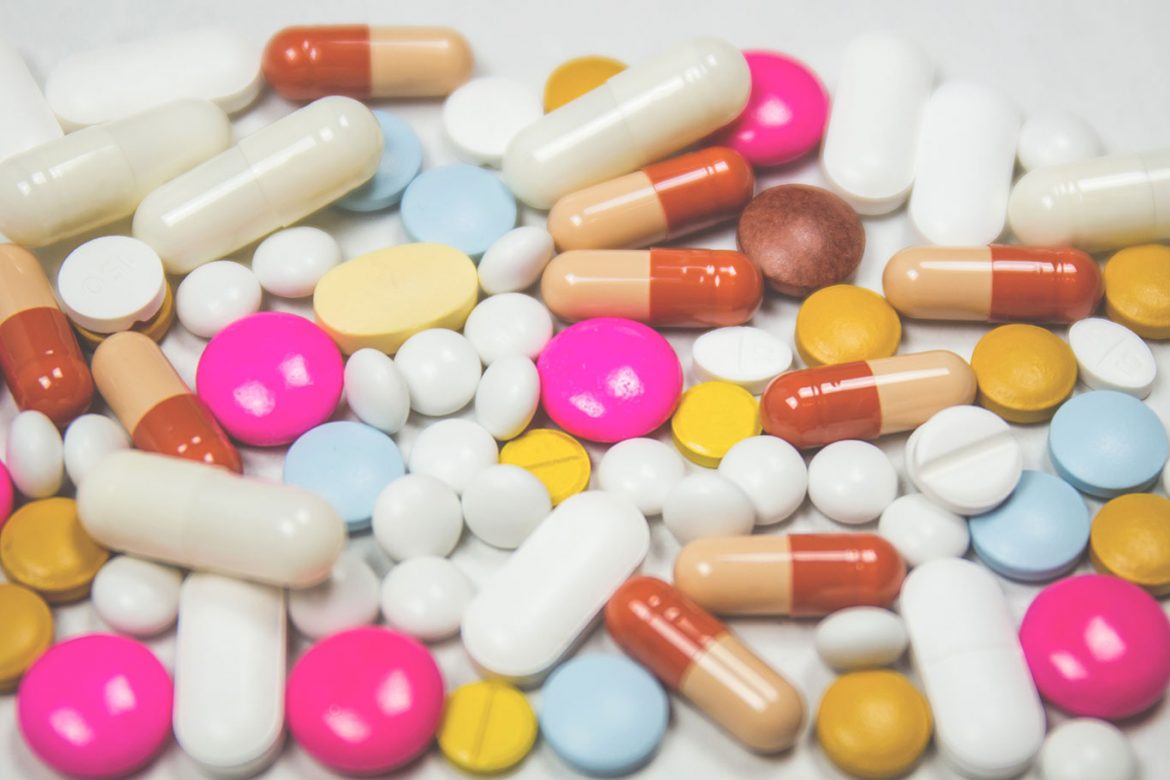 Stimulant drugs, also known as “uppers,” are a type of stimulant drugs that enhance the effects of certain chemicals in the brain such as dopamine (a chemical associated with pleasure and attention) and norepinephrine (a chemical connected to the fight-or-flight response). When taken, stimulants increase alertness and attention and elevate the user’s heart rate, respiration, and blood pressure.

Stimulant drugs were originally used to treat asthma, obesity and various other ailments, but their medical use decreased once doctors realized their harmful side effects and high potential for addiction and effects on teen brain development. Here is a short list of the types of stimulants most frequently used in the United States: 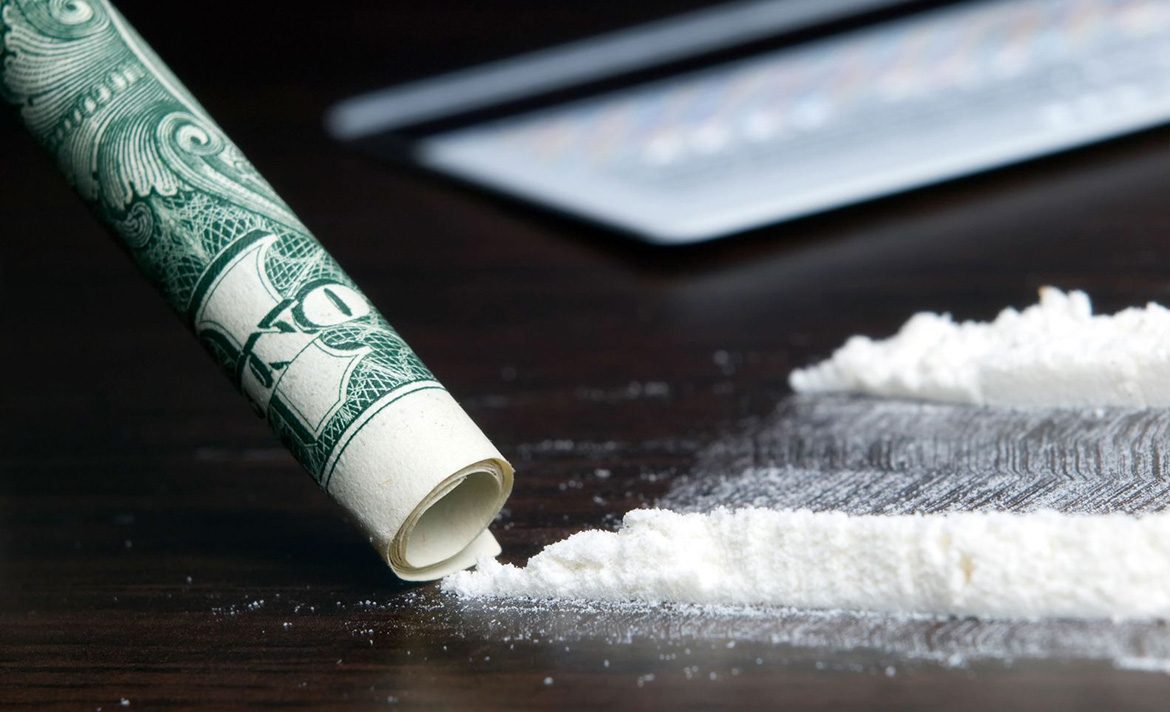 Cocaine is a powerfully addictive recreational stimulant. It is made from South American Coca leaves, and can be cut with chemicals and substances such as procaine, amphetamine, talcum powder or cornstarch. Cocaine, which is most commonly snorted, is a stimulant drug that produces a short but intense high (around 15–30 minutes). Its short-term effects include euphoria, alertness and irritability. Long-term usage can lead to headaches, lung damage and heart disease. According to SAMHSA’s 2014 National Survey on Drug Use and Health (NSDUH), “1.5 million (0.6%) people used cocaine (including crack)”, and “People aged 18 to 25 were more than twice as likely to use cocaine compared with other adults”. Cocaine is a common stimulant drug that has dangerous psychological and physiological effects on our teens. 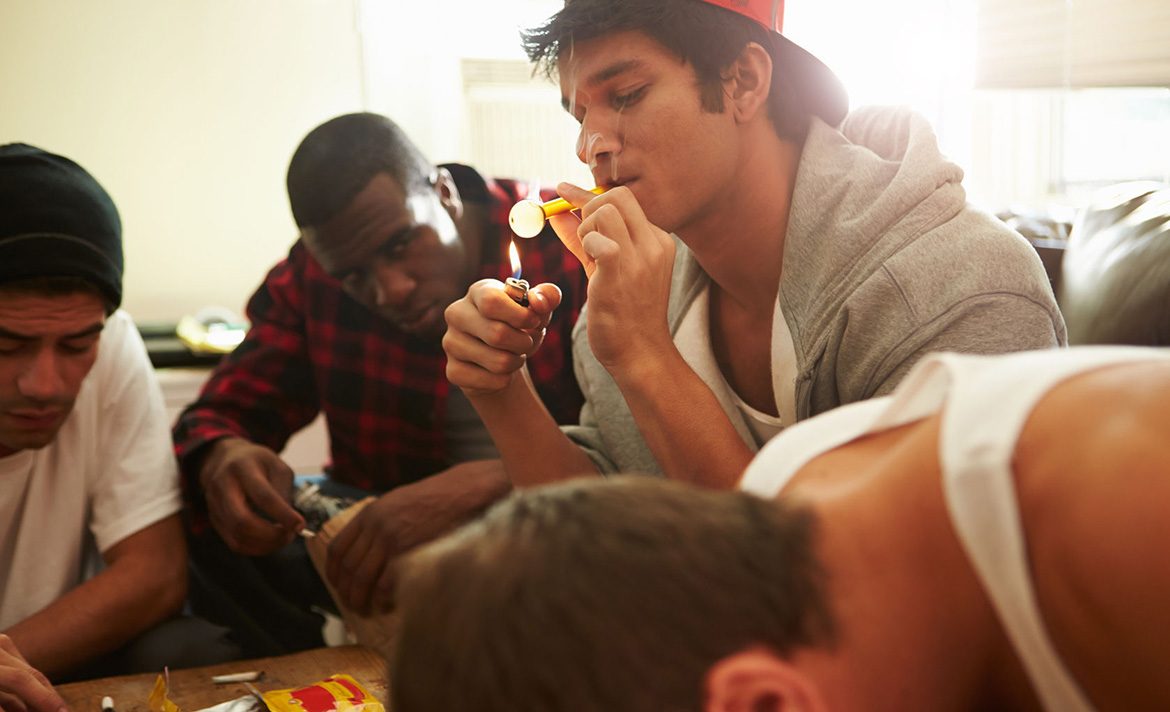 Crack is a form of cocaine that has been processed with ammonia or baking soda, and transformed into a rock or crystal-like form. This type of stimulant is far more potent than powdered cocaine, and more dangerous as a result. Because crack is smoked rather than snorted, it reaches the brain much faster and produces a more addictive high. Short-term effects include constricted blood vessels, hyper-stimulation, paranoia and depression. Long-term overuse can lead to severe depression, respiratory failure, heart disease and stroke. 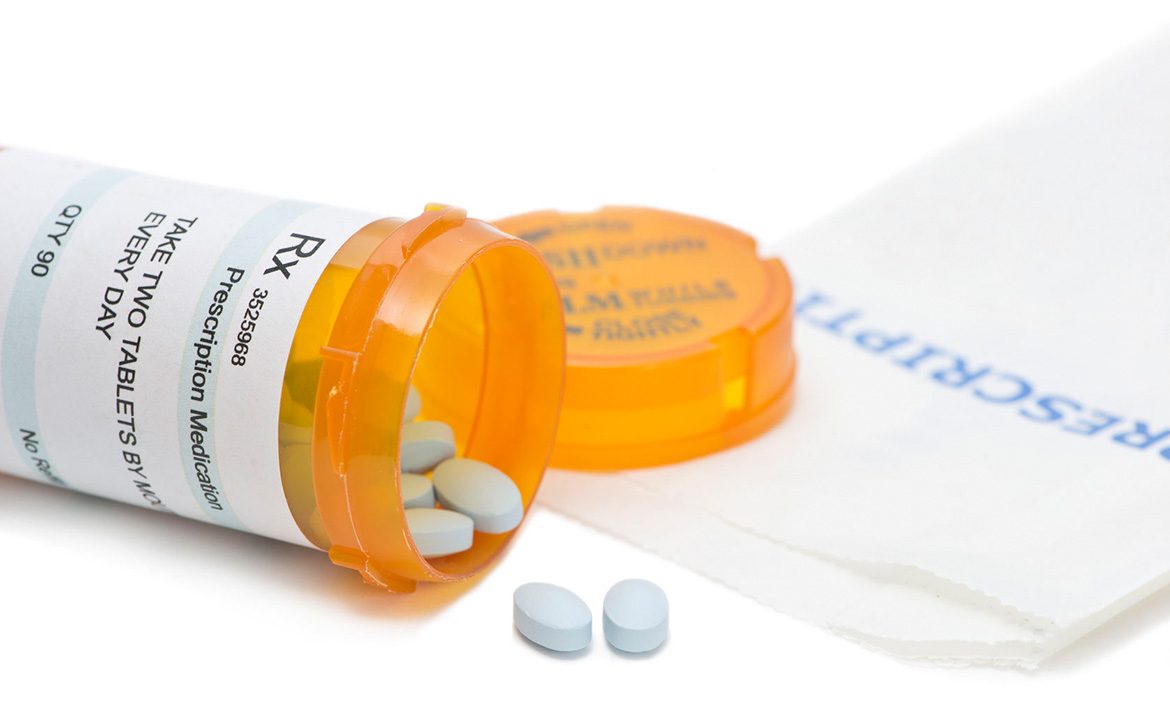 Amphetamines are a group of synthetic stimulant drugs that speed up the central nervous system. They may be made illicitly in labs or they may be illegally sourced from prescriptions. For instance, some forms of amphetamines, such as Adderall are used to treat ADHD. Excess amphetamine use can have short-term effects such as dry mouth, hostility, euphoria, increased alertness and irregular heart rate. Some long-term effects are toxic psychosis, behavioral disorders, convulsions and mental illness. 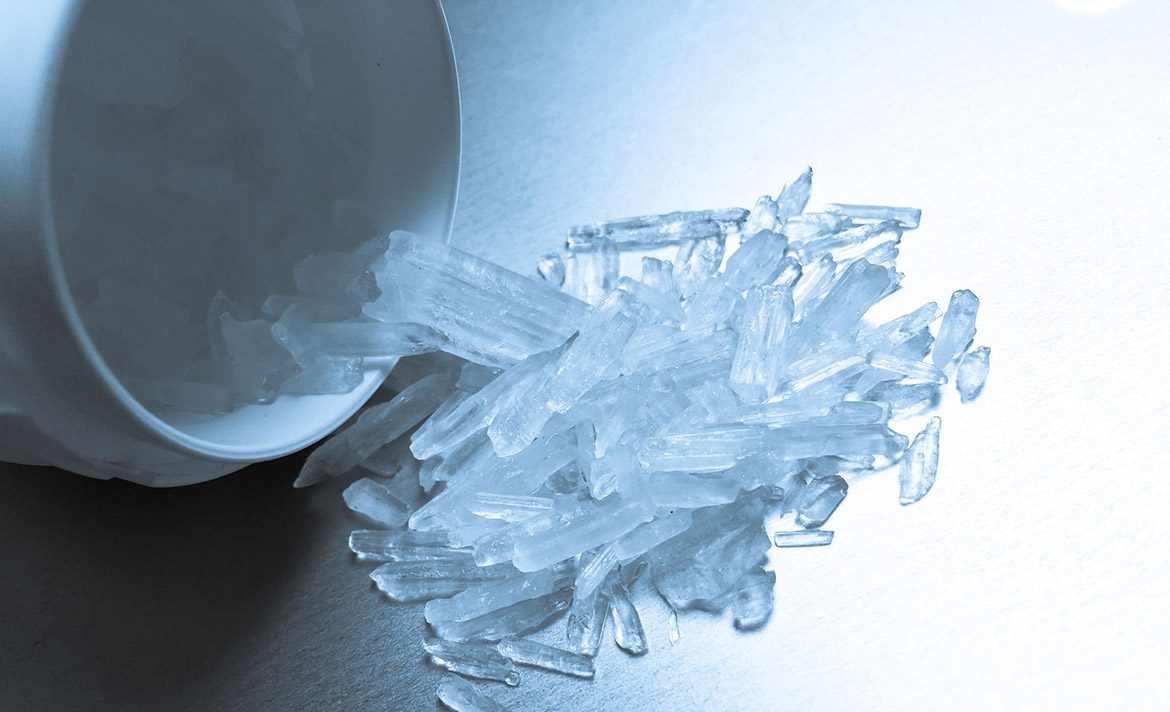 Methamphetamine, also known as “meth” or “crystal meth,” is an extremely addictive synthetic drug. This stimulant drug is chemically similar to amphetamine but with a higher potency. Developed in Japan in 1919, meth soon became an easily available diet aid and antidepressant in North America before becoming illegal in 1970. When taken, methamphetamine may cause wakefulness, increased physical activity, decreased appetite and an increased body temperature. Long-term usage can lead to serious dental decay, extreme weight loss and skin sores. 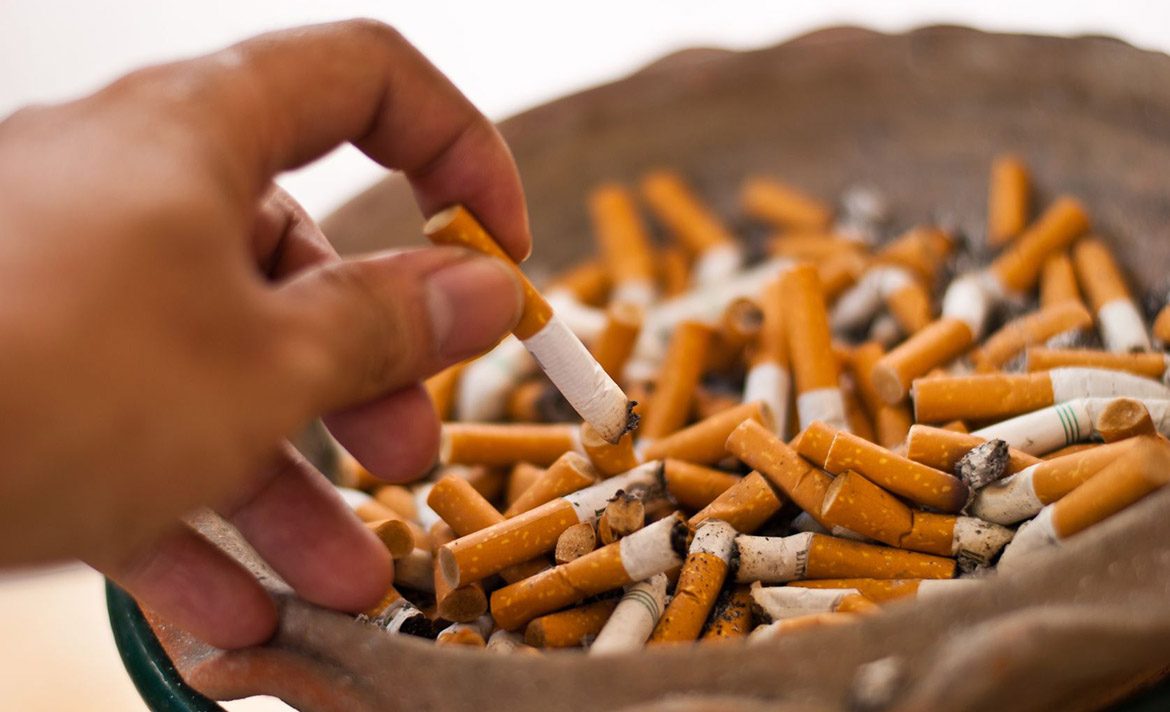 Found in the tobacco plant, nicotine acts as both a central nervous system stimulant and depressant. Smoking tobacco was first popularized in Spain in the early 1500s, and today people still consume nicotine by smoking cigarettes or cigars. According to a 2008 article in “Clinical Pharmacology and Therapeutics,” nicotine causes euphoria and relaxation by increasing neurotransmitters in the part of the brain that responds to reward and causes addiction. Though smoking is a common stimulant and is the leading cause of preventable death in America, it is legal in all states. When consumed, nicotine causes the brain to release excess neurotransmitters such as dopamine. It also stains teeth and damages the respiratory system. Long-term effects include a weakened immune system, stomach ulcers and a high risk of lung cancer. 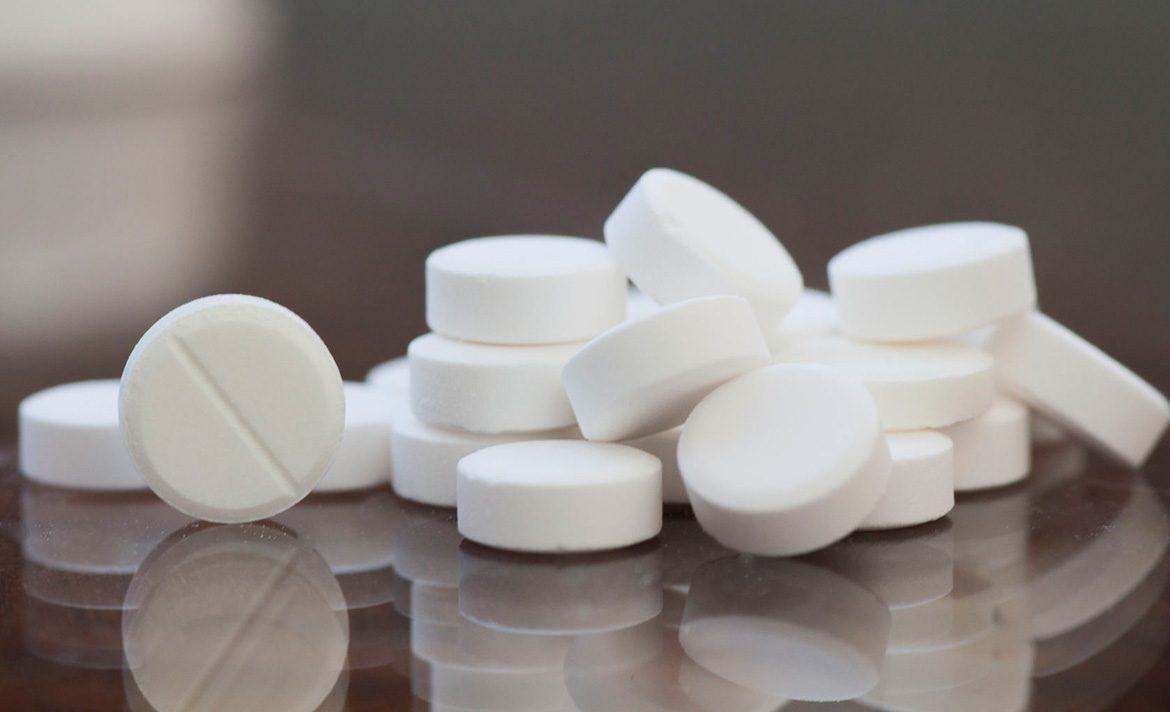 A synthetic drug, MDMA (or “ecstasy”) floods the nervous system with serotonin, a neurotransmitter that is related to pleasure, causing the user to feel intensely emotional and empathetic. In 1912, a German pharmaceutical company first developed MDMA as an appetite suppressant, but it became illegal in America in 1988 due to the drug’s negative stimulant effects. Consumption of MDMA can cause side effects such as muscle tension, nausea, faintness, increased body temperature and severe dehydrations. Long-term effects can include difficulty in sleeping, depletion of serotonin and possible death by heatstroke.