Home | Resources | Street Drugs | Is ADHD Over-diagnosed? A Look at the Disorder 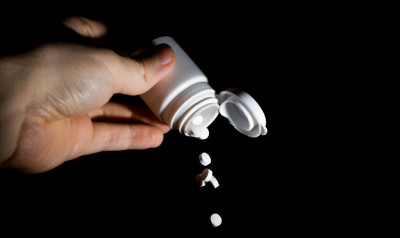 In September 2009, Leon Eisenberg, a child psychiatrist who revolutionized the way developmental conditions were perceived, passed away. His findings were significant as a researcher working in the 1950s and 1960s, when the primary solution for treating psychiatric and behavioral issues was rigorous psychoanalysis. Instead, Eisenberg performed some of the first stimulant drug trials on youth to soothe hyperactive behavior. The hope was to make treatment more accessible to families of varying incomes and for results to be effective and quick.

Eisenberg never predicted how popular his findings would become. On his deathbed, he famously shared his sense of alarm toward the skyrocketing rate of Attention Deficit Hyperactivity Disorder (ADHD) diagnoses and how he even considered the diagnosis as fictitious. He also expressed his discomfort of the close relationship between drugmakers and doctors, opening up the discussion about the risk of overdiagnosing this once rare (now ubiquitous) condition.

Unfortunately, ADHD is a difficult disorder to pinpoint. There is no precise test for diagnosis and, instead, a certain number of symptoms and behaviors need to be checked off a list by a mental health professional. Put simply, ADHD is characterized by a pattern of hyperactivity, inattentiveness and impulsivity—ADHD can just be kids acting like kids. Children living with this condition tend to fidget more, lose concentration in school, get into fights with peers and have lower academic performance. When considering a diagnosis, symptoms typically need to be present for a period of at least six months and in various settings.

To make matters more complex, the Diagnostic and Statistical Manual of Mental Disorders (DSM) shifted its criteria for ADHD in 2013. This adjustment included expanding the maximum age for some symptoms to appear from age 7 to age 12, while also lowering the number of symptoms that need to be present after the age of 17. In effect, this widened the foundation for determining whether or not someone has ADHD.

Almost coinciding with these changes has been a severe rise in ADHD diagnosis in recent years. While the prevalence used to average between 3–7%, now, 11% of all school-aged children in the United States have been diagnosed with ADHD and 87% of those diagnoses have led to the use of prescription medication.

Of course, a parent worried for their child is eager to find a solution—these behaviors are difficult for parents and teachers to understand and handle. For those experiencing the symptoms, it certainly isn’t easy either. It’s no wonder, therefore, that strategies and solutions to mitigate symptoms of hyperactivity are just as desirable now as they were when Eisenberg was living. Yet what happens if Eisenberg was correct; what if ADHD has become overdiagnosed or, at the very least, overmedicated?

Typically, individuals who receive a prescription for ADHD are given a stimulating drug such as Adderall or Ritalin. These stimulants increase dopamine levels to the brain which facilitate feelings of focus and calm. Originally, these were intended to treat severe cases, yet only 14% of youth with ADHD fall into this category. Compare that to the figure of 87% of ADHD diagnosed children receiving prescriptions, and the argument for potential overmedication becomes more fact than fiction.

If you think that your teen or someone you know might have ADHD, speak to a mental health professional or your family doctor about your concerns. There are many treatment methods available, many of which work naturally to soothe nervousness, fidgeting and a lack of focus.