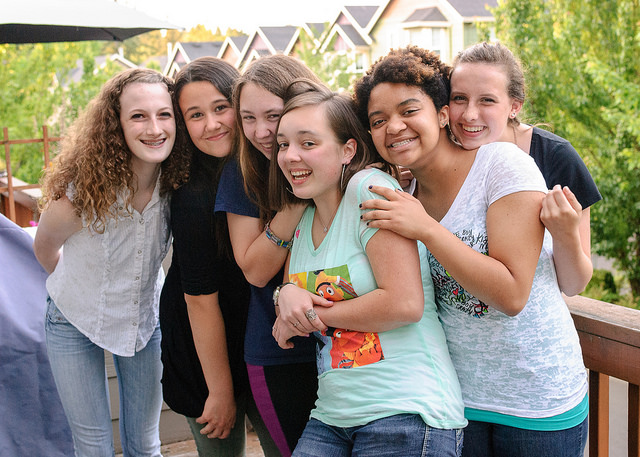 Christina has been having troubles with her friends lately. She just can’t seem to trust them. She’s absolutely sure that they are always talking behind her back and purposely excluding her from weekend plans. Her friends insist it isn’t true, but she won’t believe them. As a result, she feels unable to confide in them. She’s constantly worried that they’ll make fun of her or share anything that she tells them. Because of this, she’s starting to believe that she’s better off alone.

A few weeks ago, someone on Derek’s soccer team tried to help him learn a new trick. Derek took this very personally. He was sure that his teammate was laughing at him and judging him, and Derek has been holding a grudge against him ever since. He’s sure that this teammate is trying to turn the whole team against him, so he’s started picking fights with players that used to be his friends. He’s quick to jump to a counterattack, even when there’s nothing being done against him, and it’s starting to sour the team’s morale.

While teens often experience struggles with friends, peers and learning about themselves, these two fictional stories outline more extreme symptoms of a mental health personality disorder known as paranoia. Put simply, paranoia can be described as an ongoing and pervasive mistrust and suspicion of others paired with a belief that others’ intentions are malicious.

Some common symptoms of paranoia include:

Paranoia describes a long-lasting pattern of behavior and is diagnosed when several of these symptoms are present over an extended period of time (typically at least a year). However, if you or someone you know does exhibit these symptoms in an extreme, ongoing and debilitating way, there are mental health professionals who can offer support and assistance. Help them to reach out.