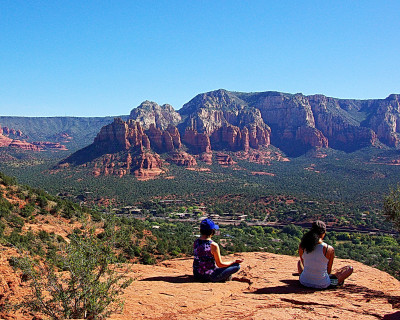 Holistic methods of healing (also known as homeopathy) include the study of medicine and well-being that focuses on all aspects of a person’s being, which includes body, mind, spirit and emotions. Homeopathy also comes with a great deal of myths and opinions. But how do we tell the myths from the truths?

There is a widespread belief in North American society that holistic healing and medicine is ineffective since the approach is very different than the Western tradition of doctor’s appointments and antibiotics to cure a malady. Although holistic methods are not for everybody, they can be an effective and preferred method for many people.

The study and practice of homeopathy uses the body’s own healing mechanisms to cure illness and injury by stimulating different parts of the body to give it the kickstart it needs to get the right gears in motion. Holistic medicines are also available, but they are made of lower concentrations of medicine (in other words, they are less potent) through dilution.

Acupuncture, Thai massage and yoga all sound expensive and a lot of us aren’t even sure what they are. Holistic remedies seem “fancy” and as if they would cost a lot of money, but holistic treatments are actually cheaper than conventional medicine. However, one thing that makes homeopathy more expensive is that many health insurance policies don’t cover acupuncture and other holistic practices, which increases the “out-of-pocket” cost.

It may seem like holistic medicine came out of thin air. However, holistic medicine has been practiced in Europe and Asia for centuries, and while the idea of it is newer to North America, there is scientific research being conducted on the subject. The collected data, however, is presented in a different way than conventional medical research is presented (in other words, it’s not what we’re used to seeing). In Europe especially, there are regulatory agencies, for example the German Commission E (similar to the USA’s FDA), that regulate and research alternative medicines.

Although some Westerners are unfamiliar with holistic approaches to healing—as many grew up with other healing methods and practices—this doesn’t mean that this approach is ineffective. Sometimes it takes a different, more experimental approach to find the solution you truly need. When it comes to deciding what treatment is best for you it is best to do as much research as possible, which can include talking to a doctor or holistic practitioner to gain as much knowledge as possible about how to heal your maladies.

In our technological age, teens have more of a voice than ever before. And they can use their voices to help create positive social change. Creating Teen Interest in Social Change Some teens are naturally interested in the world around them. Others become involved in social issues because of events they are exposed to, or …

Half of all new drug users are under the age of 18. With so many teens experimenting with drugs, it is critical that recognition and prevention of teen drug use happen before teens can form an addiction to drugs or alcohol. Thus, it’s important to have an open dialogue with your teenager and educate yourself …

All teenagers have felt teen anxiety on some level at one time or another, whether it was the first day at school, meeting someone new, or going into an unfamiliar situation. However, clinical anxiety, also known as an anxiety disorder, is typically more intense, both physically and mentally. A teen with an anxiety disorder may …