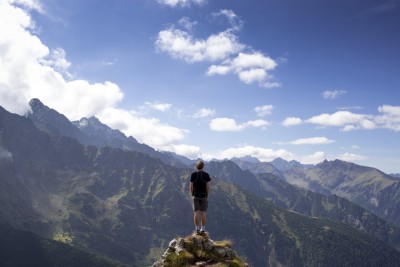 Each of us have obstacles we encounter in our day-to-day lives and sometimes we can feel alone if we’re unable to resolve them. Teens, especially, may feel overwhelmed. Here are six great TED Talks that discuss overcoming obstacles, which you can use to inspire your teen to face their challenges head-on.

Shane Koyczan: “To This Day” … for the bullied and beautiful

Poet Shane Koyczan shares what it’s like to be bullied through his story of growing up. He talks about defining ourselves and how the labels that others impose on us can shape our attitudes.

Eleanor Longden: The Voices in My Head

Eleanor Longden was diagnosed with schizophrenia, and she lived with fear and resistance to the voices she heard in her head. She was put on medication and ultimately neglected, but eventually empowered herself to understand that the voices in her head weren’t enemies. After overcoming those hurdles, she has now become a research psychologist.

Many people living with depression don’t feel as though they can reach out to others. Instead, they believe they need to keep up appearances. That’s what Kevin Breel talks about in his TED Talk—how he felt like he was living two lives as he was on the honor roll and captain of the basketball team during high school, even though he was battling with depression at the same time.

Diana Nyad: Never, Ever Give Up

Sometimes we get so focused on where we’re heading and what our goals are that we forget about the journey along the way. In this TED Talk, record-setting long-distance swimmer Diana Nyad tells the epic story of her 100-mile swim from Cuba to Florida. She failed four times, but finally made it with the help of the expert team behind her.

In 2008, Ananda Shankar Jayant was diagnosed with cancer. In this TED Talk, she tells her personal story of not only facing the disease but dancing through it, and gives a performance revealing the metaphor of strength that helped her do it.

Temple Grandin: The World Needs All Kinds of Minds

When she was a child, Temple Grandin was diagnosed with autism, but she strongly believes the world needs all different kinds of minds to work together.For her Ted Talk, she shares how she thinks in pictures and how that was an asset in her career designing livestock facilities. She also discusses three kinds of minds and the need to develop those minds, especially in schools.