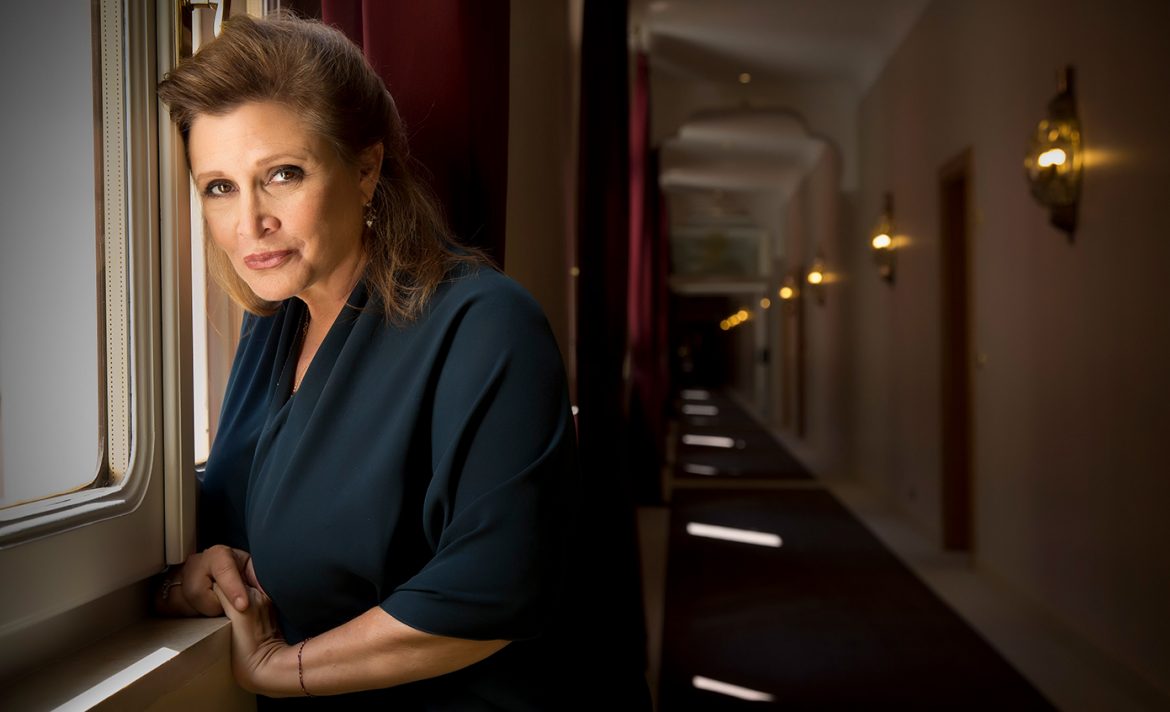 Did a deadly drug cocktail end up robbing the world of Princess Leia? As Princess Leia in the Star Wars film series, the most popular science fiction storyline of the modern age, Carrie Fisher was a true star. Despite being only twenty-years-old when the first movie was shot and costumed in a flowing white gown with a goofy cinnamon-bun hairdo, Carrie Fisher was nothing less than fierce as Princess Leia.

Even in the terrifying presence of Darth Vader, she never blinked. Later in her life, Princess Leia faced a sadder battle as Carrie Fisher’s drug use and bipolar disorder became the news of the day. Given her untimely passing in 2016 after consuming a deadly drug cocktail on a transatlantic flight, Carrie Fisher displayed real courage in her public battle against co-occurring disorders. A drug cocktail is when multiple substances are taken together, producing life-threatening drug interactions.

Although Princess Leia came across as the epitome of purity and moral uprightness in the original trilogy of films by legendary filmmaker George Lucas, Carrie Fisher did not have such a straight and narrow go of it in real life. After growing up in Hollywood as the famous daughter of actress Debbie Reynolds and singer Eddie Fisher, Carrie Fisher developed a taste early on for the drug-addled indulgences of the entertainment industry. When Carrie Fisher’s drug use and bipolar disorder crashed together, it produced explosive results. Often self-medicating, her bipolar disorder could have fueled the drug cocktail that ended her life.

Carrie Fisher always lived on the wild side. In fact, several months before her death, she raised quite a few eyebrows by revealing in a memoir her past affair with handsome Star Wars co-star Harrison Ford on the set of the first film. Still, Fisher’s death due to a drug cocktail was truly tragic. The roller coaster of deadly events began while the actress was flying back from shooting the last Star Wars movie in London. She experienced sleep apnea brought on by a deadly drug cocktail in her bloodstream that led to an ultimately fatal heart attack. She died the next day in a Los Angeles hospital.

In truth, beyond the tabloid headlines and the glitz of the red carpet, Carrie Fisher often experienced a life of turmoil as she battled with the co-occurring disorders of substance abuse coupled with bipolar disorder. Many people believe that Fisher’s years of drug use and drug addiction were due to her love of partying and the indulgences of a drug cocktail. They condemn Carrie Fisher for being one more indulgent Hollywood star giving in to the easy temptations of the rich and famous. In fact, although such a decadent side did fuel the abuse in the beginning, it quickly transformed into something else. Carrie Fisher and bipolar disorder when brought together produced a lifetime of mental stigma and suffering.

Like many people suffering from co-occurring disorders, Fisher used both prescription pills and illegal drugs to deal with the extreme ups and downs of bipolar disorder. She took stimulants when she felt she was sinking into depression and switched to downers when she felt a manic episode coming on. As a result, a drug cocktail was often the name of the fame. At one point, Carrie Fisher claimed she was taking thirty of the powerful opioid pain reliever Percodan a day to try to calm down her manic state.

Parents of teenagers need to understand how common it is for people with untreated mental conditions to use illegal drugs in a drug cocktail to self-medicate. The drug use also is a way to fog over the pain of mental stigma brought on by mental health issues. Given such suffering, like Carrie Fisher, teens often they feel they have no choice but to find an easy answer like a drug cocktail to address the tremendous pain within.

Once diagnosed, she worked hard to break down the societal barriers. She longed to remove the negative stigma associated with the manic episodes brought on by the mental illness. As Carrie Fisher revealed to Diane Sawyer on network television the horrors of the condition, “You can’t stop. It’s very painful. It’s raw. You know, it’s rough… your bones burn… when you’re not busy talking and trying to drown it out… I have a chemical imbalance that, in its most extreme state, will lead me to a mental hospital.” 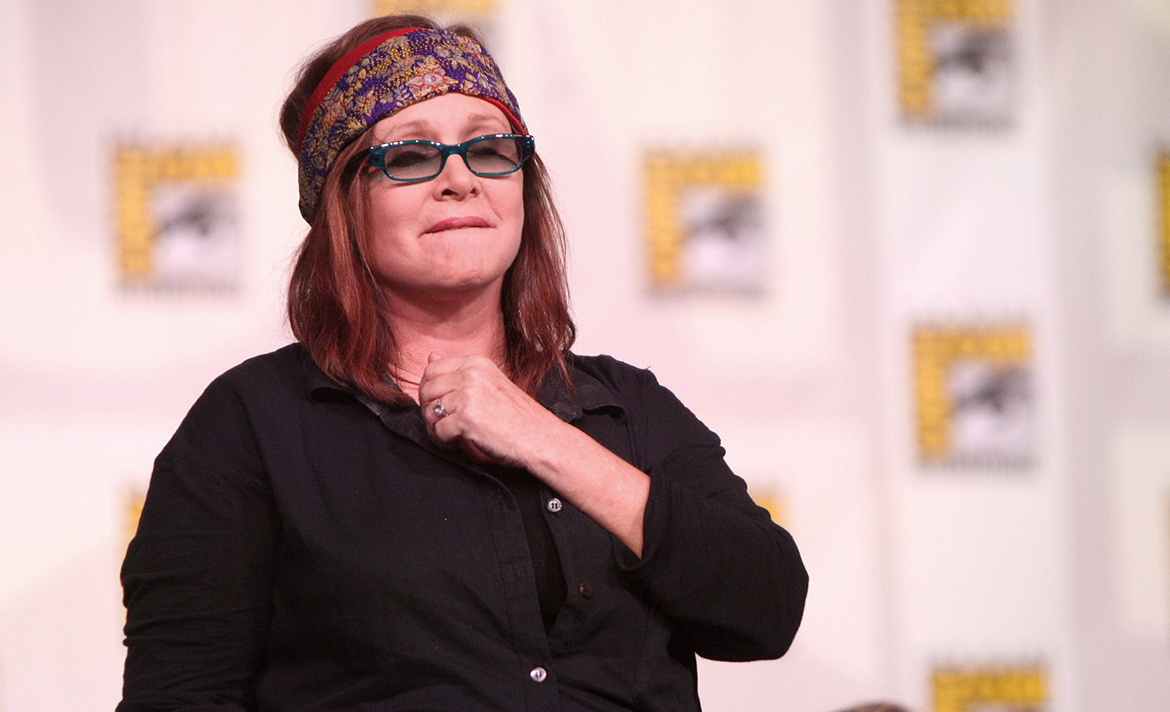 Unlike most famous people that struggle with substance use disorder, Carrie Fisher also was forthcoming about her drug abuse in public, although she did continue indulging in drug cocktails as she bounced back and forth between recovery and relapses. She even revealed that she had abused cocaine and prescription pills throughout the filming of The Empire Strikes Back. In 2001, the clear connection between Carrie Fisher and bipolar disorder came out when she explained her need to self-medicate when she said, “Drugs made me feel normal.”

Carrie Fisher wanted other people to know and understand the difficulties she was experiencing. She hoped the insight gained from her disclosures could help others as well. In her semi-autobiographical novel, Postcards From The Edge, Fisher detailed her drug addiction and rehab experiences. In 1990, Fisher turned that book into the screenplay that became a successful feature film. Also, in her one-woman play and memoir Wishful Drinking, Carrie Fisher publicly talked about her ongoing battles with addiction and bipolar disorder. Each of these revelations was courageous because Fisher helped to steer the conversation into the mainstream.

Like Princess Leia, Carrie Fisher was a beautiful woman fighting a valiant battle that was lost to a drug cocktail. When she first landed the role as the Princess in George Lucas’ space epic Star Wars in 1977, Fisher dropped out of Sarah Lawrence College at the age of 19. Suddenly, she felt like the desperate position of the character she was playing reflected her own internal desperation. Carrie Fisher and her bipolar disorder struggles clearly were defining this moment in her young life. Fisher describes the extremity of the part, saying how:

“She has no friends, no family; her planet was blown up in seconds – along with her hairdresser – so all she has is a cause…. From the first film, she was just a soldier, front line, and center. The only way they knew to make the character strong was to make her angry.”

When it came to the societal mental stigma faced by people with co-occurring disorders, Carrie Fisher was angry as well. Rather than focusing on the disease of addiction and the challenges presented by mental illness, she felt the tabloid media tended to focus on mental stigma, scandals and negativity. After the medical examiner’s report revealed the drug cocktail in Fisher’s system when she died, many news outlets focused on her relapse into addiction.

Such a focus diminished the impact that Carrie Fisher had had during her sixty years on this planet. It made the talented performer and loving mother come across as a failure. She was not. Her use of a drug cocktail as self-medication was misguided, but it does not lessen the amazing impact Carrie Fisher and princess Leia had on our society.

In response to the media vultures, Fisher’s daughter, Billie Lourd, explained how her mother “battled drug addiction and mental illness her entire life… (and) she ultimately died of it…. She was purposefully open in all of her work about the social stigmas surrounding these diseases.” Lourd went on to express her honest emotions in a statement. “I know my Mom; she’d want her death to encourage people to be open about their struggles. Seek help, fight for government funding for mental health programs. Shame and those social stigmas are the enemies of progress to solutions and ultimately a cure.”

Indeed, Billie Lourd hit the nail on the head, and her salient point needs to be remembered by the parents of teenagers suffering from co-occurring disorders and battling mental stigma. In fact, it needs to be remembered by everyone involved to any extent with people struggling with mental health challenges and substance use disorders at the same time. Such co-occurring disorders are like a double-barreled shotgun and make it so difficult for any human being suffering from them to fully recover. Given the difficulties faced, families and friends, colleagues and recovery professionals need to find compassion in their hearts and through their actions. 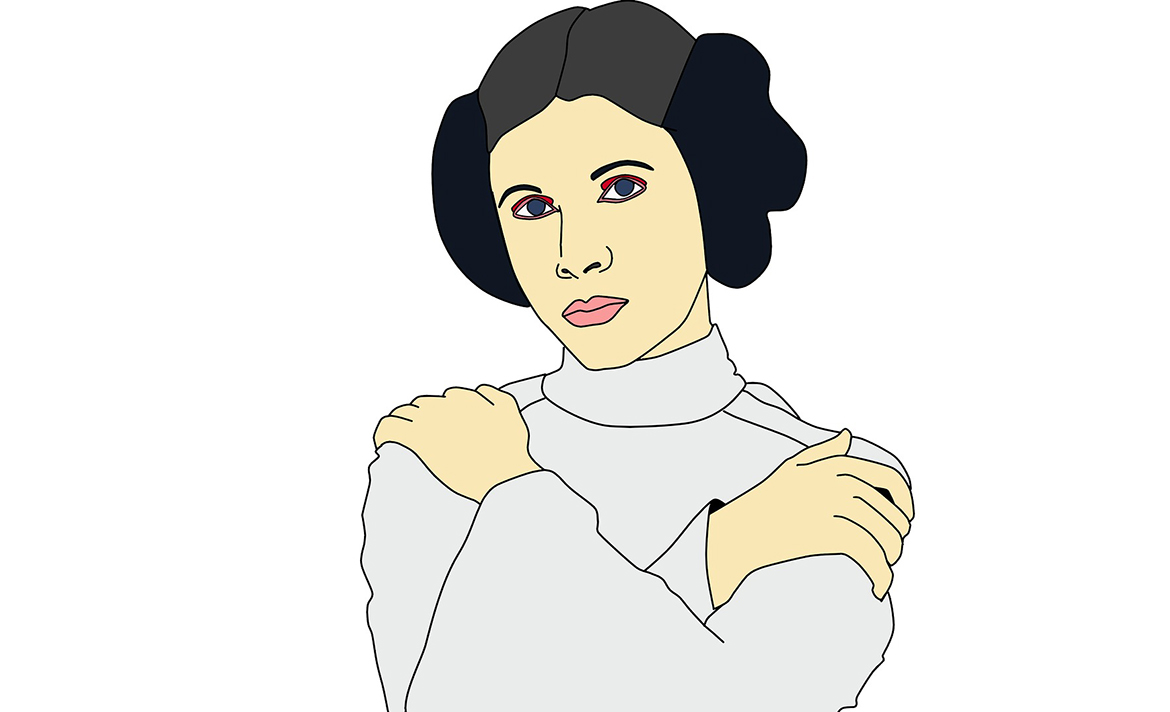 Near the end of her life, Carrie Fisher gave a startling interview to Diane Sawyer on PrimeTime Thursday. The message she passed on to Sawyer included the following and needs to be remembered. It is a message that can help families and save lives:

“I used to think I was a drug addict, pure and simple — just someone who could not stop taking drugs willfully. And I was that. But it turns out that I also am severely manic depressive… The world of manic depression is a world of bad judgment calls. Just every kind of bad judgment because it all seems like a good idea at the time… (At first) I thought they told me I was manic depressive to make me feel better about being a drug addict. It’s what you think. If you could just control yourself… You had an indulged childhood… You were a child of privilege… You’re just a drug addict… (In truth and this is important to remember) I am mentally ill. I can say that. I am not ashamed of that. I survived that, I’m still surviving it, but bring it on. Better me than you.”

Beyond The Drug Cocktail and Mental Stigma

Indeed, Carrie Fisher was Princess Leia in all her strength and beauty to the very end. However, she was not fighting like Princess Leia against an Evil Empire in a galaxy far, far away. No, instead, day in and day out, Carrie Fisher was battling within her own mind and within her own body against the co-occurring disorders of manic depression and drug addiction. Although she may have lost battle, in the end, she fought the fight against mental stigma bravely and publicly. She helped to raise awareness by exposing her struggles, thus reducing the stigma of these diseases nationwide.

To honor her memory, people need to act on the valuable insight into these challenges that she offered in her work, helping themselves and others in need of recovery. Beyond the drug cocktail that robbed us of her presence, she was a heroic fighter against mental stigma and for personal freedom. It is an important and lasting message.