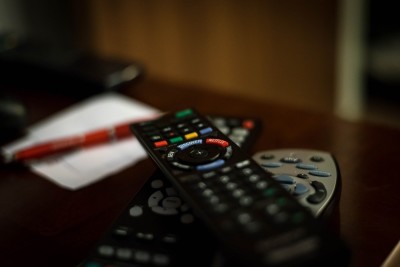 In the last several years, there’s been an increase in the number of TV shows that feature a character with substance abuse problems. However, not all of these shows accurately depict addiction—some shows glamorize the use of drugs, while others downplay the effects substance abuse can have on the abuser and their loved ones. Here are a few shows that accurately portray addiction, but keep in mind that these shows may be triggering to those who in recovery.

The acclaimed show Breaking Bad follows high school teacher Walter White as he becomes a crystal meth producer in order to get enough money to pay for cancer treatment. Throughout the show’s five seasons, viewers are introduced to many characters who are heavy substance abusers, from dangerous cartel members to White’s former student Jesse Pinkman. Breaking Bad reminds viewers that substance abuse can force people to do things they never would have done sober, and can have deadly consequences.

The show Ray Donovan follows a dysfunctional crime family dealing with many serious issues. The youngest brother in the family, Bunchy, was sexually abused as a child and developed alcoholism as a coping method to deal with his anguish. He feels unable to escape his past and can’t let go of the problems that lead him to drink, no matter how many support groups he attends. Ray Donovandemonstrates the painful realities of addiction and the heartbreaking reasons people turn to substance abuse in the first place.

Elementary is a modern-day television show of Sherlock Holmes where the world’s most famous detective is a recovering addict. The series focuses on the recovery side of addiction and how relapse can happen to people even if they’ve been sober for decades, debunking the myth that drug addicts can be magically “cured.” Watson is Holmes’ trusty sidekick who is also a sober companion who reminds Holmes to take his recovery one step at a time.

A series based off of Blake Nelson’s young adult novel of the same name, Recovery Road follows Maddie Graham, a 17-year-old with a love for partying, drinking and cocaine. When her guidance counselor, a recovering alcoholic, finds vodka in Maddie’s locker, she tells Maddie she can either enter a treatment program or be expelled from school. Maddie enters residential treatment and meets a lot of other addicts throughout her time in the program, reminding viewers that addiction has many faces and that sometimes recovery needs to be made a priority in life in order to move forward.